There is something so special about witnessing a game in Autzen Stadium. I know every college football fan feels this way about his or her team’s home stadium; for me, that’s Autzen, so the gameday traditions and experience are something I treasure. From crossing the Willamette River on the Autzen Footbridge to joining Don Essig in a rousing chant of “It never rains in Autzen Stadium,” I love it all. Especially after last week’s tough loss, it was nice to be back in the friendly Autzen atmosphere and see the Ducks beat Nevada, 69-20.

Sidenote: Darron Thomas connected with De’Anthony Thomas for a couple of touchdown passes this afternoon, and Don Essig’s call was “Thomas to Thomas for the touchdown.” Love that alliteration. It’s my new phrase for the season.

I’m no photographer (plus these are all from my iPhone), but here are a few of my favorite pictures from the day. Go Ducks! 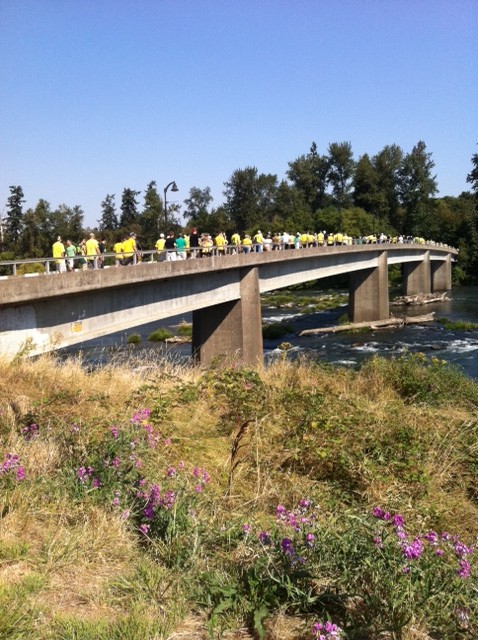 Duck fans make their way across the Autzen Footbridge en route to the stadium. Especially on sunny days like today, this is one of my favorite pre-game scenes.. 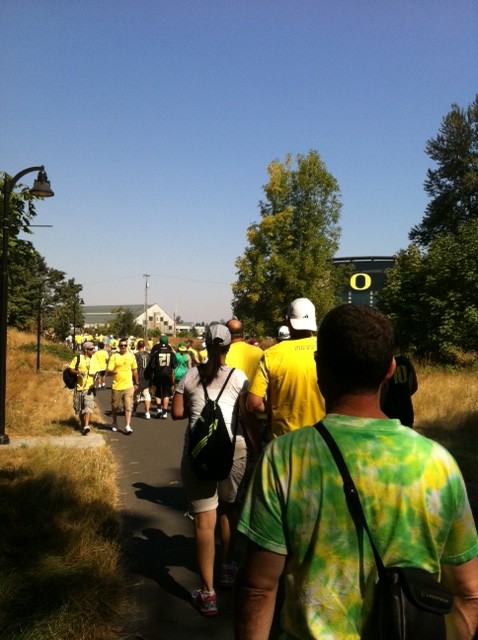 Our first sight of the stadium. 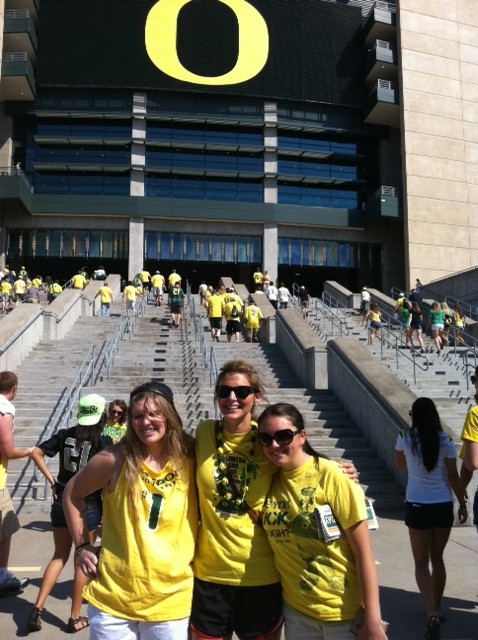 Obligatory "we made it into the game!" picture with my friends Katy and Alicia. Student tickets are linked to your student ID card (we don't get a paper ticket), and even though we know we have tickets, we're always nervous that it won't scan correctly. This is after we breathed our sighs of relief. 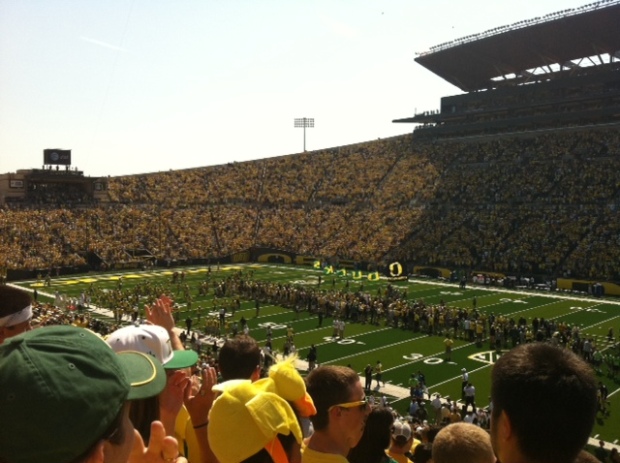 Here's the view from our seats in the student section. The athletic department encouraged fans to wear yellow to this game. Given our past struggles with wearing one color, I'd say we did an O.K. job this afternoon. (Though I wasn't crazy about the players' yellow + gray combo.)

A blog is nothing if not a home for mindless ramblings, right?

Well, tonight it becomes a home for my thoughts on the Oregon Ducks’ season-opening loss to LSU (wow, talk about words I never wanted to write).

We lost our season opener and have essentially lost our hopes of returning to the BCS title game. LaMichael James probably won’t win the Heisman, either. 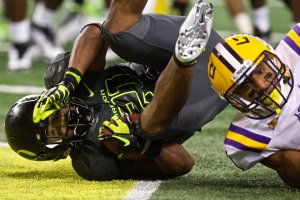 I hate the "at least we have cool uniforms" line in defense of poor play, but our unis really were sick. (Photo credit: Bruce Ely, The Oregonian)

Dozens of other teams will face those same realities this year. Eventually, most teams that had BCS potential and most players who were named to a Heisman watch list will have to accept that they fell short.

Such was the fate of both the Ducks and LaMichael last year: the team didn’t win the BCS title, and LaMichael finished third in Heisman voting. But we had all of September, October, November and most of December to believe that both of those achievements were possible. We spent nearly four months on top of the college football world.

Now it’s September 3, and we already know we have little chance of reliving last season’s dominance. Yeah, I’m probably being a little dramatic, but this loss will sting for awhile.

Of course, Duck fans still have a lot to look forward to (that list doesn’t include Andrew Luck, however. If we can’t beat Jarrett Lee, I’m terrified of facing Luck). De’Anthony Thomas got some big-game experience and showed promise, and the defense looked impressive at times. I’m not a football analyst, so I can’t break down all aspects of the game, but I know we still have 11 (maybe 12) chances to prove ourselves out there. And while it’s not quite as fun if your team’s not doing well, there is a lot of great college football waiting for us every Saturday.

It just plain stinks to start the season off on a low note, but when the Ducks run out of the tunnel at Autzen Stadium next Saturday, you better believe that we’ll be cheering our hearts out.

True talk from ESPN.com’s Ted Miller: “We can debate the details of the SEC’s ascendancy, but it’s meaningless when you don’t beat them.”

We really missed Cliff Harris in this game, and Pete Thamel of the New York Times reminds us just how much we missed him.

Bryan Fischer of CBS breaks down how and why LSU won.

Get another look at those stunning uniforms in these photos from The Oregonian’s Bruce Ely (including the photo above).